We ache for the Moon To say that Evoletah have found a new voice would be stating the
obvious.Featuring the sometimes sultry, often jazzy tones of ex-Bardot
songstress Katie Underwood, We Ache For Moon is transformed into
a beautiful, opalescent, album of liquid melody and earthy cool.
With the surprising, inspired paring of Cahill and Underwood, We Ache For The Moon
takes Evoletah and their fans to another planet. Release Date June: 2013 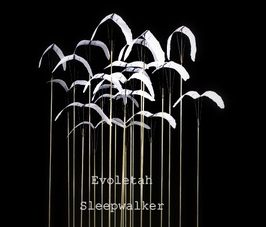 'Sleepwalker', a year in the making.

A set of gentle, folk-inspired rock tunes. Pensive songs created with astute
minimalism.
An artful effort that sees the project progress & enter into new territory!
"it that seems as though they know their way around"
Genre: Alternative/Rock/Avant-Prog  Release Date: 2012 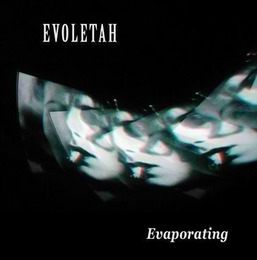 And now we have Evaporating, the band’s keenly anticipated seven track follow up. Suffused with shimmering guitar and fleshed out with occasional strings, it luxuriates in the beautiful and the bittersweet. It is at once smart and tender, inspired by love and memory. It is life seen from the sky. “We’re all amazed at how magical this whole process has been,” Cahill explains. “In many ways it should never have happened. It’s like that dirty brown river of your life evaporating and falling back to earth as diamonds. It’s like a whole new life. ” Genre: Rock: Avant-Prog Release Date: 2009 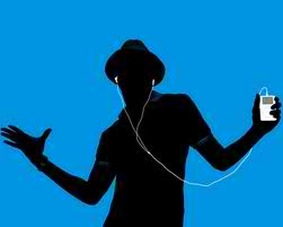 All releases available on ITunes, (Evoletah)